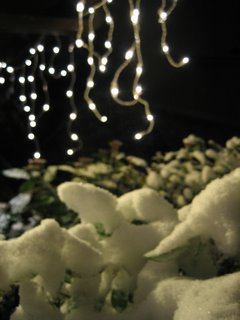 ...and such a Big Fat hassle! Okay, so we left the in-laws house last night at 6:30 for our 9:10 flight home. It's about a 45 minute drive, a two hour flight at the most (1 hour 40 with a tail wind), and 20 minutes from the airport here to our front door. The taxi dropped us home at a couple of minutes before 3 a.m. this morning! It took us FOUR HOURS to travel the 34 miles from the in-laws to the airport. Makes one feel not-so-affectionate about snow. It also makes one feel oh-so-thankful to wake up to bright sunshine outside my window this morning...so good to be home!

But back to last night, cuz I'm not quite done bitchin' about it yet....So those four hours?--3+ of them were spent crawling or at a standstill on the freeway, because you see Seattle does not know how to do snow. It doesn't happen often enough to necessitate a fleet of snow removal equipment, nor for people to learn how to operate a moving vehicle under such conditions--Buffalo it ain't (and thankgawd, or I would NEVER go there). We passed many cars abandoned at the side of the road, and one, come to think of it, abandoned right in the middle of the interstate, plus an articulated bus jackknifed and another off in the ditch. We listened to the traffic reporting on the radio as we crept along, and they were saying things like "the worst traffic situation in a decade." Sweet.

Ready for the wacky end of the story? We still made our flight! It was like angels delayed it just for us (or maybe it was the snow). We checked in past 10:30 for a 9:10 flight, and still made it...as we were approaching the gate they were announcing the "final call" for flight such and so. On we went and squeezed ourselves into two of the only-remaining middle seats. They de-iced the plane, and off we went.

Home is a good thing. And this would NOT be the time to ask if we are traveling again at Christmas. If you insist on asking such a thing I will run screaming from the room with my hands clamped firmly over my ears--think "The Scream" in motion.
Posted by Lora at 10:17 AM 1 comment: 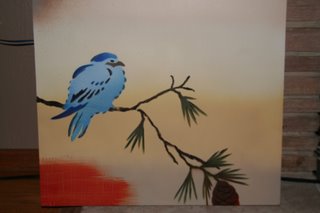 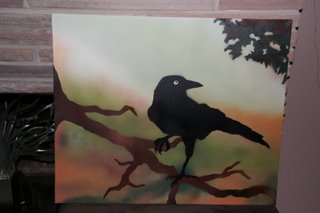